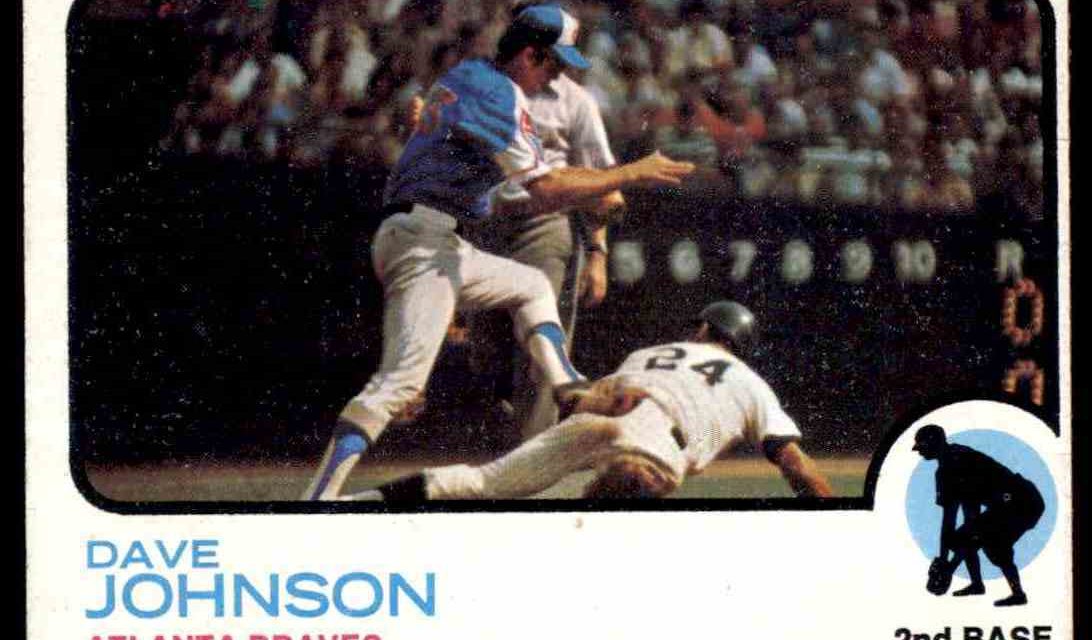 (This is Day 18 of our response to Tony L.’s 30-Day Baseball Card Challenge. See all our posts in this series here.)

In every walk of life, there are guys who kill it on a consistent basis but are just far enough outside the norm that they don’t get the recognition they deserve.

In high school, it was the kid who kept to himself and drew those strange little doodles on his notebook that everyone ridiculed. The same doodles that he later turned into a best-selling comic book series.

In college, it was the nerdy girl who spent all her time in the chemistry lab — and wound up as the CEO of a major pharmaceutical company.

And at the office, it’s the backward IT scrub who, even at this moment, is developing the next blockbuster social network from the confines of his parents’ basement. 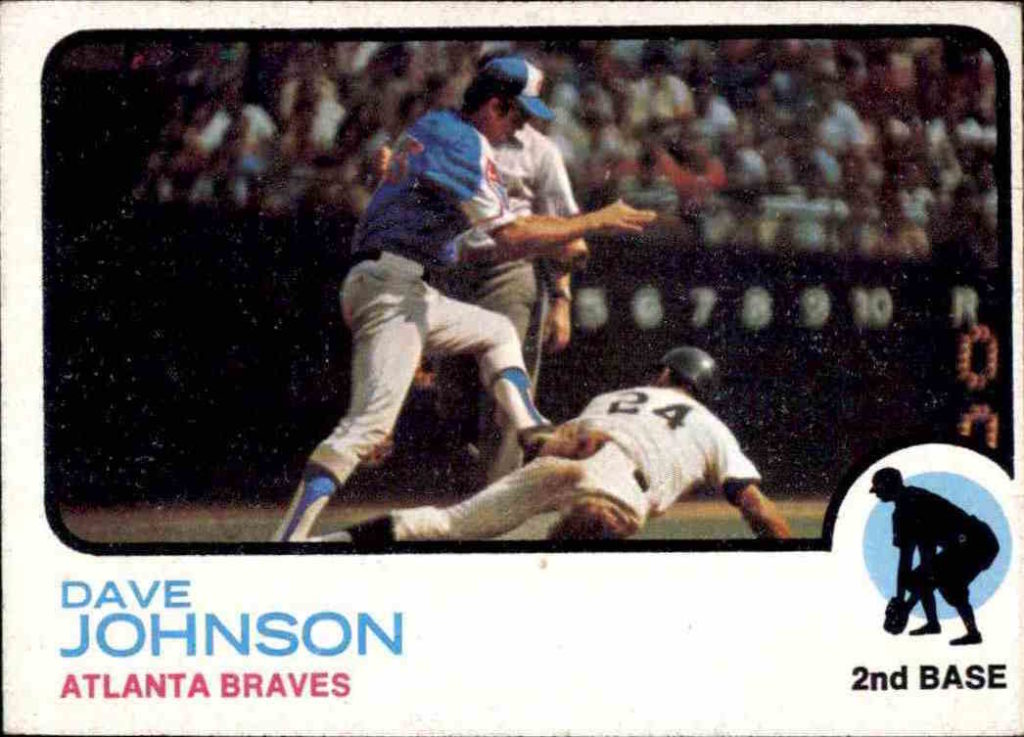 Baseball has always had these sorts of unsung geniuses, too — players or other figures who walked their own quiet path to great achievement.

Like most baseball fans who grew up during the 1970s and 1980s, Davey Johnson first came on my radar as the skipper of the mid-1980s New York Mets.

Johnson took the helm in New York just as Darryl Strawberry, Dwight Gooden, Gary Carter, Keith Hernandez and others converged in Gotham to lead the moribund Mets into contention in 1984.

It was easy to dismiss Johnson as the fortunate beneficiary of the Doubleday largesse and the otherworldly talent it wrought.

But by 1986, the big-city spotlight shone brightly enough on Johnson for folks to take at least some notice of him.

Still only 43 during that championship season, Johnson was different than the dinosaurs that occupied most Major League dugouts. Young and intense, Johnson relied on statistics more than many of his contemporaries, and he was one of the first to use computers in building his game plan.

Long-time “baseball men” scoffed at Johnson’s new age strategies, but Davey paid little heed. To me as a 14-year-old kid, Johnson also seemed somewhat mysterious — there weren’t many personal nuggets in the stories I could find about him.

Somewhere along the line, though, I got my hands on one of his mid-1970s baseball cards and found out that Johnson had been a superstar for at least one season.

In 1973, second baseman Johnson led the Atlanta Braves with 43 home runs in his first year with the club, joining Hank Aaron (40) and Darrell Evans (41) in a three-headed homer barrage that’s virtually unmatched in baseball history.

Before that, Johnson had been a solid performer with the Baltimore Orioles for several seasons. His production tailed off quickly after the power outburst in Atlanta, though, and he was out of the Majors by 1978.

I was astounded to learn that Johnson had ever been in the Majors as a player, let alone that he had starred. After all, he was unsmiling, dumpy manager whose old baseball cards made him look like one of Peg Bundy’s relatives from Wanker County. 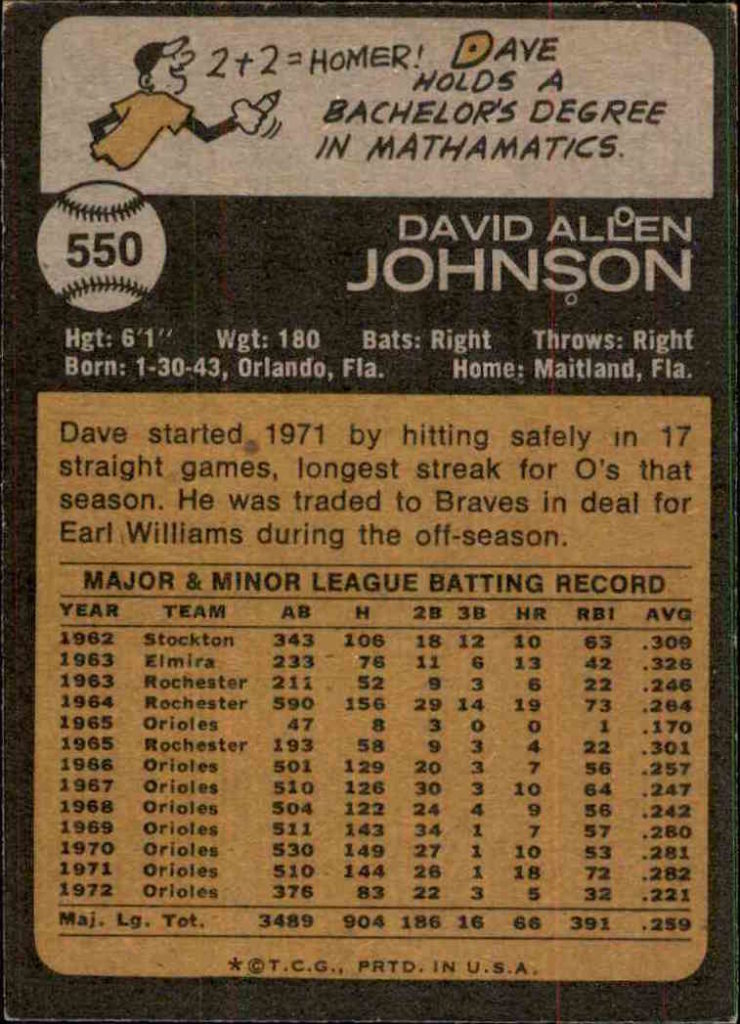 Even his 1973 Topps card, issued in his prime and showing him in full action, was shrouded in darkness. There was nothing to indicate he was a latent slugger or a managerial genius-in-waiting.

The revelation made Johnson all the more intriguing, and I marveled as he kept the Mets near the top of the standings throughout the 1980s. I was blindsided when New York fired him during the 1990 season.

Then … he just disappeared.

I went to college and basically just kept tabs on my Cincinnati Reds.

They won the World Series in 1990, staying in first place all season long — wire-to-wire was their catchphrase. Then they slid back into obscurity over the next few seasons.

For all I knew, the real Reds were off in the woods somewhere with Johnson, each planning their next moves.

As if confirming those suspicions, Cincinnati fired Tony Perez early in the 1993 season and hired the prodigal Davey Johnson.

The Reds struggled through the rest of that season, landing in fifth place. It was the first and only time a Johnson-led team finished below third place.

In both 1994 and 1995, though, Cincinnati “won” the new National League Central in strike-shortened seasons.

But Johnson was done, landing with the Orioles the next year.

I went into minor baseball mourning because I knew he had been magical for the Reds.

Johnson spent two seasons in Orioles, was out of the dugout in 1998, and then skippered the Los Angeles Dodgers in 1999 and 2000.

He had ostensibly retired and rode off into the sunset. Then, out of nowhere, Johnson showed up in the Washington Nationals’ dugout in 2011 after Jim Riggleman stormed off after a salary dispute.

As always, Davey won — after finishing third in 2011, Washington finished first and second the next two years.

Then, once again after working his magic, Johnson disappeared.

I assume he has retired for good this time — he is well into his 70s now.

But with Davey Johnson, you just never know. 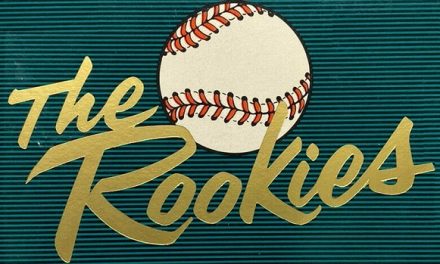 What Is a Rookie Card? 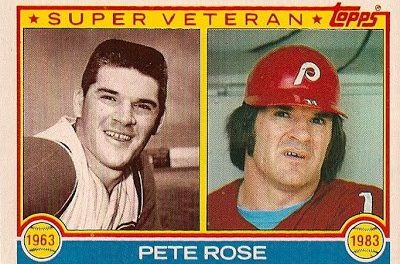 How Old Is Pete Rose? 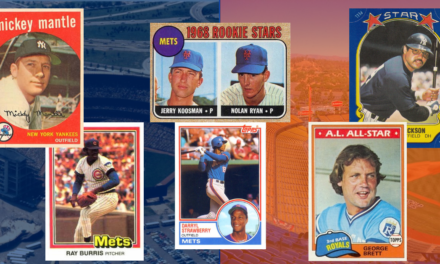 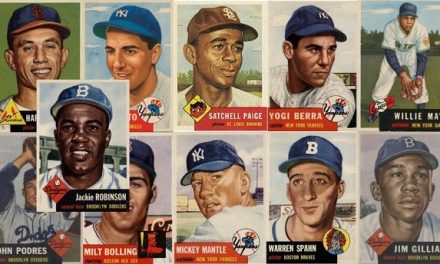