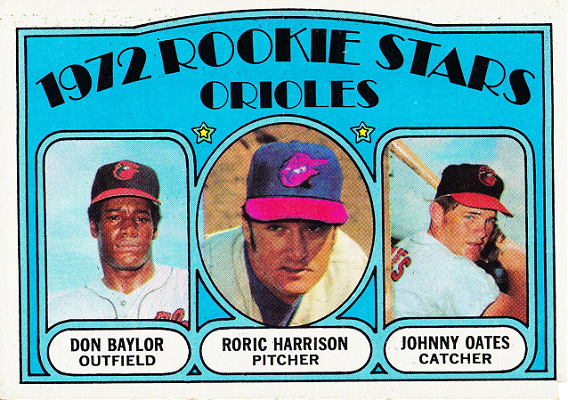 If you were a baseball fan in the 1970s and 1980s, you surely remember the late Don Baylor and Johnny Oates well.

After all, Baylor was a feared slugger for two decades, and a guy who could take a pitch to the rumpus with the best of them. He was also the American League MVP with the California Angels back in 1979.

Add in some post-season heroics in the 1980s and pretty big career numbers, and you have a guy who’s hard to forget.

And Oates spent parts of 11 seasons in the Major Leagues, almost entirely as a catcher and, though he was never any sort of star, he was right there in the thick of playoff battles with the Phillies and Dodgers from 1976 through 1978.

Then, of course, Oates turned his attention to managing, where he logged 11 more big league seasons with the Orioles and Rangers. He never reached a World Series, but he did win three division titles with Texas, in 1996, 1998, and 1999.

Two solid baseball guys, to be sure … but why mention them together here?

Find this card on eBay(affiliate link)

Find this card on Amazon(affiliate link)

This is a baseball card show after all, and these two dudes shared some very important cardboard — namely, their rookie card, 1972 Topps Rookie Stars Orioles (#474). Young Baylor appeared on the left, while a mustacheless Oates appeared on the right.

(Note: Technically, this was Baylor’s second card, as he had appeared on one of these in 1971.)

Ah, but weren’t those 1972 rookie cards three-man affairs? Indeed, they were, and the guy who took the seat of honor right there in the middle of the Baylor-Oates rookie was none other than … Roric Harrison.

Now, in case you’re not familiar with Harrison, here is the quick rundown:

From there, things sort of reverted to normal for Harrison, as he pitched more like a journeyman than the breakout star he seemed like he might be in 1971.

He had continued his long-ball ways, though, connecting six times among his 15 hits.

Harrison had been featured on a handful of baseball cards, too, but none quite as audacious as that flashy, groovy, I’m-on-center-stage rookie card he shared with two budding lifers in 1972.

Sometimes, you put your best foot forward, and first.

Back when you could pull a Roric Harrison rookie card straight from a factory-fresh pack, you could also find Topps cards in thick packs that included a nifty little cardboard box wrapped in cellophane, complete with a small window to give you a view into what you were buying. This eBay listing (affiliate link) gives you a chance at two of those boxes.

Yep, they’re empty, the cards long gone, along with the cello wrapping. Still a pretty cool glimpse into the world of 1972 Topps, though. 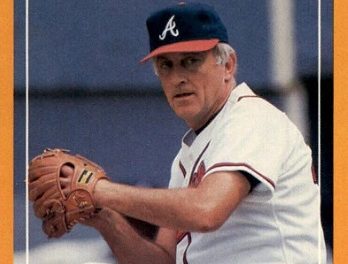 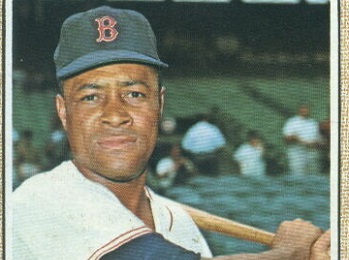 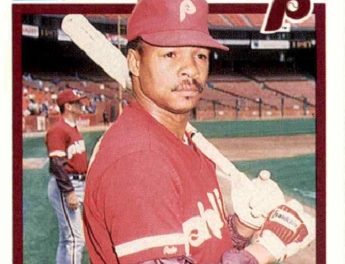