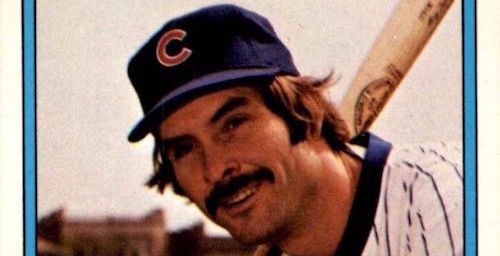 (This is the second in our series of posts about the best baseball cards from the 1980s. Check out the rest of those posts here.)

The best thing you can say for the 1981 Fleer baseball card set is that it’s a historic issue and is generally of higher quality than that other first-ever issue from the strike-torn season.

While 1981 Donruss was hard to look at and remains a hard sell to collectors because of poor production quality across the board, 1981 Fleer is terrible in just a few areas and OK in some others.

The terrible includes truckloads of errors, plenty of dark photos, and plenty of old photos.

In fact, some of these OKs border on goods and are enough for Fleer’s first full-fledged set of current Major League Baseball players to rival the company they fought long and hard for the right to do battle with.

That is, while the 1981 Topps set has some definite advantages over Fleer, the two are not light years apart. 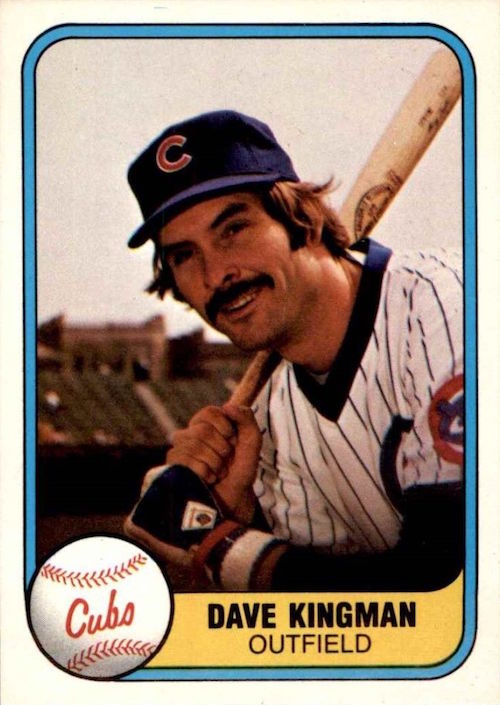 And when it comes to picking the best card from 1981 Fleer, you have a lot of choices …

By 1981, when this card came out, Kingman was already known across the land as Kong thanks to his gargantuan size and even bigger swing that had helped him generate 270 home runs to go along with his 1139 strikeouts.

And on this Fleer card, Kingman swoops into the frame, bat in hand, like he’s ready to lord over the tiny Wrigley Field structures in the background.

But there’s something else going on here.

When you see pictures of Kingman from this era, smiles are in short supply. He projects the image of a serious, brooding slugger.

Hair whipping in the wind …

Eyebrow cocked in, what, flirtation?

Why, this isn’t Dave Kingman at all! It’s Christian Bale.

And considering that the Cubs traded Kingman to the New York Mets for Steve Henderson in February of 1981, we have the makings of a comic book conspiracy.

This is, indeed, the long-rumored “I’m Batman” card.

The only thing better would have been if we got to see the full Cubbie logo on Kingman’s sleeve.

Oh well, you can’t have everything.

But you can swing at everything. Just ask the Sky King.

(This is the second in our series of posts about the best baseball cards from the 1980s. Check out the rest of those posts here.) 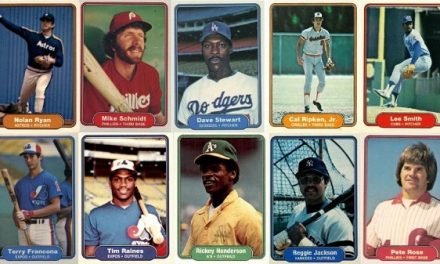 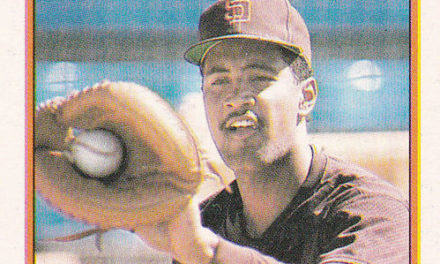 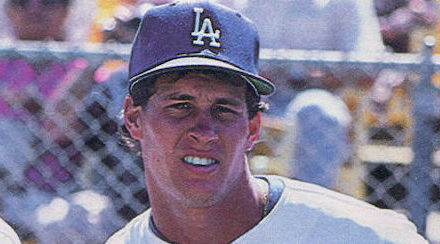 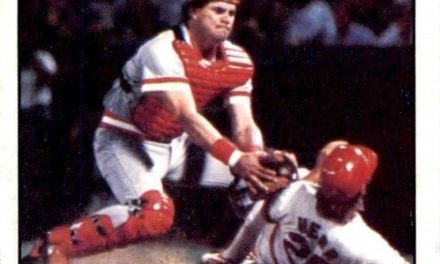