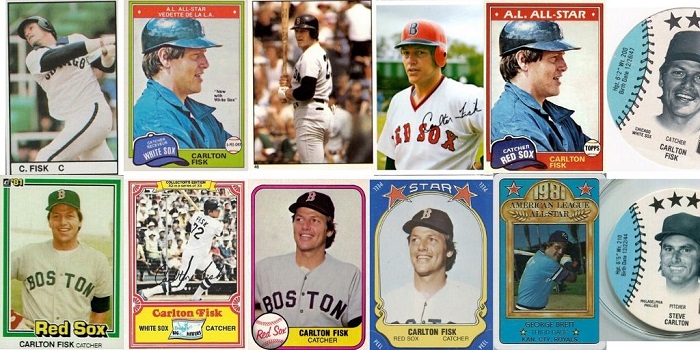 You know what changed forever in the spring of 1981?

Yeah, I know, small potatoes compared to the beginning of the Reagan administration and the breakdown of labor talks that would lead to the baseball strike and the dreaded Split Season.

But the Fisk thing was big, especially in New England and Chicago, and in our wax packs.

See, through 1980, Fisk had been a standout catcher for the Boston Red Sox, but he was also among a group of outspoken Sawx players who thought they should be paid more.

Story goes, that made him sort of a non-favorite of Boston general manager Haywood Sullivan.

So, when it came time to mail out contracts in the winter of 1980-81, Sullivan duly dropped Fisk’s in the slot … but one day past the deadline.

Finger-pointing and name-calling ensued, and Fisk was granted free agency in February.

He signed with the Chicago White Sox in March.

And so, all of those already-printed 1981 baseball cards showing Fisk with the BoSox were obsolete by Opening Day.

But 1981 was also the year that the card floodgates opened, thanks to Fleer taking down the Topps monopoly in court in 1980. With special issues and updates appearing throughout the year, collectors got to see cardboard ChiSox versions of Pudge, after all.

Here is how it all played out, with a rundown of all the Carlton Fisk baseball cards from 1981, in both clam chowder and deep-dish pizza flavors.

All-Star Game programs in the 1980s included foldout poster-type inserts with pictures of all the AS candidates from each league.

Oftentimes, collectors would cut out their favorite players and have themselves a nifty new baseball card or 30.

Fisk wasn’t just an All-Star candidate in 1981 — he was the American League’s starting catcher, and you have to figure his personal fan base had growna heap over the winter.

Adding Chicago to your MLB resume will do that if you’re any good.

As for the Fisk “card” here, the pic shows the backstop in a violent swinging follow-through, maybe even lunging forward. Clad in White Sox white with dark blue accents from head to to, Pudge looks like he could have stepped out of the 1880s.

Seeing as how 1981 was the first year they made baseball cards, Donruss had but one chance to show collectors their vision of Carlton Fisk in a Red Sox uniform.

That vision brought us a smiling Fisk in his Red Sox road grays posed against a gloomy, misty sky, and … well … not sure what else.

Is that a tank gun jutting into the photo behind Fisk?

Maybe a subtle warning to would-be base-stealers not to run on him?

Not the greatest card ever, but a piece of hobby history nonetheless.

When Fleer broke the seal on Topps’ monopoly heading into 1981, they opened up the fire hose that collectors had been sipping from for years, unaware of what may someday come their way.

Suddenly, baseball cards were everywhere, relatively speaking. One of those wheres was packages of Drake’s baked goods, where the hobby was introduced to Drake’s Big Hitters.

Produced by Topps and released in only certain regions (e.g., northeast), these babies had full-blown Topps backs and gaudy fronts with a thick, colorful design that left room only for a fairly small player photo.

It’s a great oddball card of a great catcher, and a set that old collectors still speak of with reverence.

As in, “when I was ten, I spent the summer in a sugar coma trying to complete the Drake’s Big Hitters set. I still need to find Jerry Mumphrey.”

Like Donruss, Fleer got one shot at Fisk in a BoSox uniform.

And, like Donruss, Fleer went with a smiling Carlton against a gray background.

In fact, now that I look at the two cards, I think there is a non-zero chance that the two photos were taken in the same setting, at nearly the same time. I mean, sure, Fisk appears to be sporting more luscious locks on the Fleer card, and there is no gun, but …

Could all be explained with camera angles and viewer perception. He for sure is wearing a similar get-up in the two cards, and it for sure is dreary on both.

And then there is the donut-glazed skin.

Could be the same.

Either way, I prefer the Fleer design, and besides — the Donruss card is so flimsy it’s always just a good sigh away from blowing into the ether, lost forever.

And another besides — Fleer actually created themselves another opportunity to show Fisk with the Red Sox thanks to their Star Stickers issue later in that first year.

Star Stickers were indeed stickers, but they were big — full-card-sized, in fact — and they were backed by a full card back, complete with stats.

Not your typical sticker fare, like the Topps deals that came in little paper packages and usually ended up on your notebook or the side of the TV next to the wall, so your dad couldn’t see.

So the 1981 Fleer Star Stickers were pretty cool, and they gave us another Fisk Red Sox “card.”

But if you look at this thing closely, and then his base 1981 Fleer card, and then flip back and forth a few times.

Yeah, this is definitely from that same moment in time, and it may actually be the same photo, just cropped and rotated a bit.

It does have blue and gold borders with stars, though.

And only some of those are untrue or exaggerations.

In 1981, Carlton Fisk showed up on two separate forms of the discs.

One is just Fisk on a blank-backed disc.

The other is a disc that’s part of the Peter Pan-Sunbeam set, which also had an available poster where you could hook on the discs — with paste, maybe.

Whatever, it’s a team-logo-less disc that nonetheless lists Fisk as a member of the White Sox.

The 1981 O-Pee-Chee set was not an exact parallel of its Topps counterpart, as was sometimes the case for the Canadian issue.

Instead, OPC was trimmed to 374 cards (as compared to Topps’ 726) and of course featured both English and French copy on card backs. That bilinguality showed up on card fronts, too, with position designations and in All-Star banners.

Since Fisk was an All-Star, that made his card front pretty busy, especially when you add in that extra little O-Pee-Chee flair — an on-card footnote that read, “Now with White Sox.”

Yep, OPC gave us the best of both worlds — Fisk with the Red Sox and White Sox — all on one card, and at the modest price of a little clutter.

In 1981, Topps teamed up with a Maryland graphics firm to issue the first of a series of “credit cards” — thick, plastic baseball cards that were shaped like (yes) real credit cards, but without the potential for accruing huge debt.

After an initial run of 32 “Super Star” cards, the dynamic duo was back for an 18-card issue featuring the starting lineups from the 1981 All-Star Game.

That’s where this Fisk came into play, and it gave collectors a good look at his new, blocky “SOX” batting helmet.

Perma-Graphics continued to make cards through 1983, and they remained curiosities at card shows throughout the 1980s and into the early 1990s.

It’s the one that collectors expected all along, and the one they would have gotten even if there had never been a Fleer or a Donruss or a Big Hitters.

His Red Sox batting helmet, for one of the last times, gleams like a jewel, reflecting a perfect blue sky.

This is the uncluttered version of the OPC card, and it’s a masterpiece.

This is the standard tiny Topps sticker fare of the era, with each piece meant to be peeled off its paper back and affixed to an assigned spot within the Topps sticker album for the year.

On this one, Fisk is holding a bat, getting ready to go to work in the box and looking back over his shoulder, sort of like he’s walking away.

As things turned out, that’s exactly what he was doing.

It’s a “pure” look that hearkens back to the 1976 SSPC set, and yet … you never really heard collectors clamoring for these.

Maybe it was their obscurity, their limited availability and coverage.

Each card was part of a team set that came in its own package, amounting to 102 total cards split among 11 teams.

The Red Sox were one of those clubs, and that gave Topps one last shot at Fisk in a Boston uniform. It looks to me like they chose an old one.

Whatever the case, it’s still a great looking card of a Boston legend.

Technically, Topps already had their Fisk-White Sox going by the end of the strike-torn 1981 season, thanks to their involvement with Drake’s and Perma-Graphics (and OPC, to an extent).

But their inaugural Topps Traded set was the first time Fisk appeared in a full-blown Topps design and his White Sox uniform, together.

In this one, Fisk stands with a bat on his Sox-clad shoulder looking off to his left — seems like he’s about to yell at those damn kids to get off his lawn. 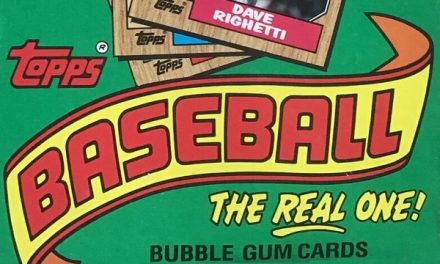 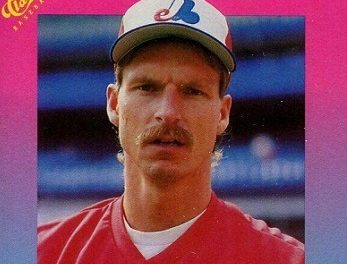 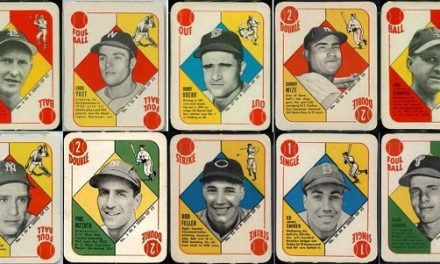 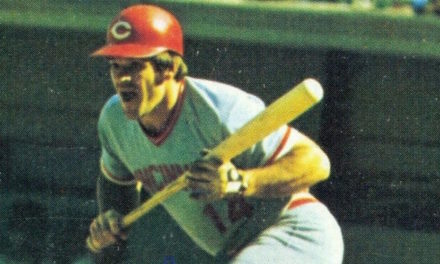