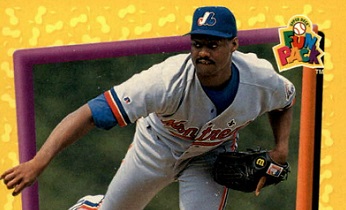 If you were a baseball fan in the 1990s, you surely know that the team with the best record in the strike-shortened 1994 season was the Montreal Expos.

It’s a lament heard far and wide from Expos fans, and one not without merit — had the season been allowed to play out, and had the Expos managed to win a World Series, *maybe* the franchise’s course would have been altered.

Maybe even to the extent that they never would have moved to Washington.

But do you remember who the Expos best players were that season?

Moises Alou and Larry Walker, you probably got.

How about on the mound, though?

Who were the Expos best pitchers?

But no one would have labeled Butch as the Montreal ace back in those days.

And, even with a young Pedro Martinez in the fold, it was another righty who took center stage at the front of the Expos rotation.

Ken Hill, in his third season with the ‘Spos after the November 1991 trade that sent Andres Galarraga to the St. Louis Cardinals looked like he’d finally hit the superstar level that many had long predicted for him.

Alas, the entire season fell apart and the Expos traded Hill back to the Cards the next April.

He would win 16 games for the Texas Rangers in 1996, but never really regained his ace status in a career that spanned seven franchises in 14 seasons.

All told, Hill ran up a 117-109 record with a 4.06 ERA and one All-Star selection — not surprisingly, in 1994, when he finished second in National League Cy Young voting (to Greg Maddux).

And, although Hill spent more time with the Cardinals (five seasons) and Angels (four seasons), he won more games (41) in his three years with the Expos than with any other team.

It was a fun and colorful period in team history, and in Hill’s career, that Upper Deck fittingly captured right at the end in their 1994 Fun Pack issue.

Fun Pack was one of a handful of sets card companies began rolling out after a few years of increasingly expensive high-end issues, a nod toward pressure to bring out something that was affordable for kids.

And Fun Pack catered to kids all the way through, with bold colors, wonky design element placing, even faux handwritten on-card text.

The 240-card set has never been really popular with collectors, but it’s certainly a fitting snapshot of the time, and it features a one-time ace whose baseball story might have turned out different had cooler heads prevailed.

Had the 1994 season played out to its conclusion, you just might have found the Expos logo on balls like this one … 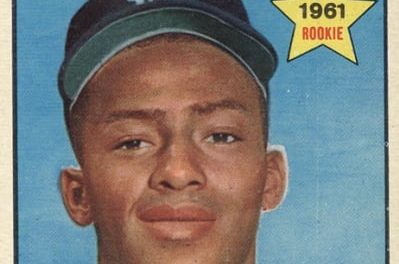 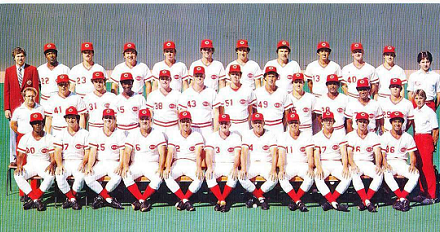 1981 Reds Team Photo Painful for More than Just the Polyester 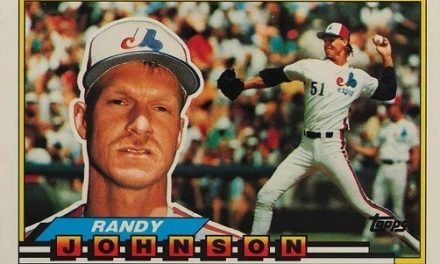 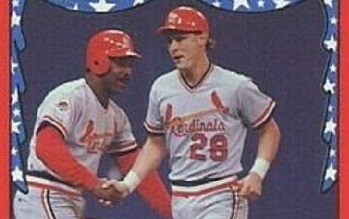