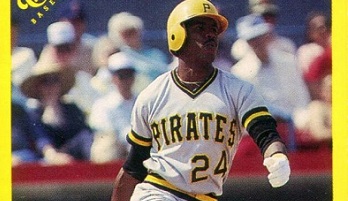 Now, I know that, depending on how you feel about the man, that question might be akin to asking, “What’s your favorite kind of root canal?”, but humor me here.

After all, Bonds was one of the greatest hitters of all time, relative to his contemporary peers and to his peers across the ages, and he was a multi-time MVP before that became the lesser of three-letter acronyms associated with his name.

And, even though Bonds’ path toward Cooperstown has been bumpy and looks like it will fall short yet again in 2022, his cards have maintained a certain swagger in the hobby all these years.

Maybe even picked up a bit of extra cockiness in recent years, during the current boom.

So, having said all that, I repeat: what’s your favorite Barry Bonds rookie card?

Those are his First Topps Card, First Fleer Card, and First Donruss Card, to put it in technical hobby terms, after all.

Or, maybe it’s something a bit less mainstream, like the 1986 Sportflics Rookies Bonds, or his 1987 Donruss Opening Day card — either the error (showing Johnny Ray) or corrected version?

Those are all great choices is you’re in the mood for a Bonds RC, and if you aren’t too hung up on semantics.

But you know what?

All of them fall short when it comes to striking the perfect palette.

Because, if you’re interested in an RC of the all-time home run king (yes, I know) that has accessorizing down to a “T,” then you’ve really got just one choice — behold, the 1987 Classic Travel Update Barry Bonds:

After debuting in the spring/summer of 1987 with their green borders and their tabletop baseball game, Classic jumped right into the fray of the ongoing card wars that fall, adding 50 new cards — sans game board — to their initial 100-card offering.

This time, though, they’d dropped the green in favor of blazing yellow borders, which might seem a strange choice until you consider the young man who would become the centerpiece of the set … yes, Barry Bonds.

Because, right there on card #113 was the Pirates’ budding star, following through on one of his classic swings, his Bucs batting helmet and uniform highlights popping out of the more normal, mundane background of dirt and dugout and crowd.

And, yes, a perfect match for the screaming yellow borders.

Though this Bonds had trouble gaining real traction in the hobby due to not having been available in wax packs, and not even available through most dealers, as the various other updates had been, the aesthetic gem has done just fine in more recent times, thank you very much.

Why, just take a gander at the PSA 10 specimen that sold on eBay (affiliate link) late in 2021 — that’s nearly $3000 for a card a lot of collectors have never heard of or don’t remember.

And that “GREEN BACK” modifier is apropos, not only because the card brought so many of them, but also because it represents more evidence of Classic playing the game they were entering.

See, the yellow motif was supposed to have continued to the backside of the Travel Edition, and it eventually did.

About a third of the total 150,000 set run went out the door with — yes — green backs, before the jaundiced correction could be made.

So now I ask you — what could be a more perfect representation of the 1980s boom than a loud Barry Bonds rookie card boosted by thousands of green backs?

If only Classic could have somehow convinced Barry to don his parachute pants, we’d have really been in business.

This unheralded RC is one of the twenty most expensive Barry Bonds cards to sell on eBay from October through December of 2021. Check out the full rundown on our YouTube channel: 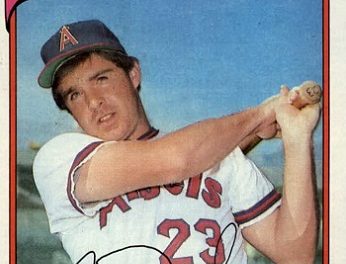 Tom Donohue Baseball Cards Did All They Could 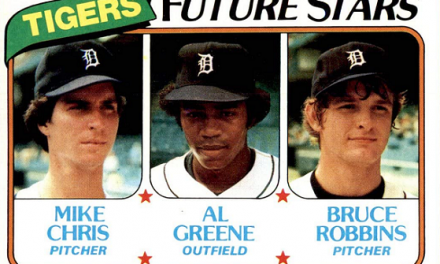 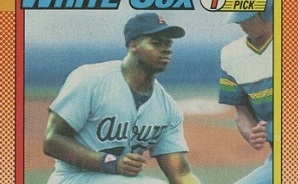 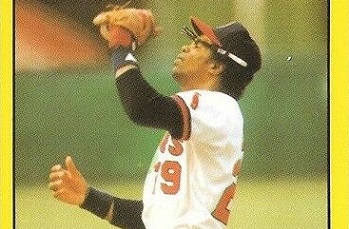