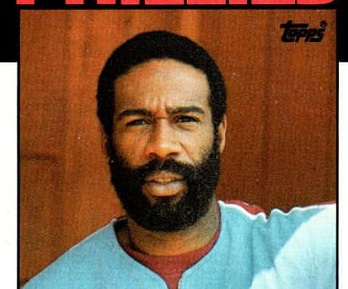 If you’ve ever wondered what happened to that Garry Maddox career-capper baseball card you’ve been looking for all these years (right?), you can direct your ire at the surgeon’s scalpel.

But, there’s also an obscure proxy that could help ease your angst.

See, in 1984, the Phillies’ perennial Gold Glove centerfielder went under the knife to correct a protruding disc in his back, ending his season in August.

Then, after appearing in 105 games in 1985, the Secretary of Defense made it into just six April games in 1986 before landing on the table again.

By early May, the writing was on the wall, and Maddox read the news for all the world to hear: he was retiring from baseball at the age of 36.

That announcement came at such an early juncture that there was almost no way Maddox would ever figure into the plans for any company’s 1987 baseball cards, and that indeed seems to have been the case …

Not a single career-capper for the man who made the final out in the 1983 World Series (darn you and your air-stabbing glove, Cal Ripken, Jr.!).

But all is not lost because, even as Maddox prepared for a successful corporate career beyond the diamond, he was the subject of a full complement of 1986 baseball cards, including his last Topps card.

There, we see the man who covered more ground than a fleet of Jeeps staring intently into the future, with a sauna wall behind him. Or maybe he’s lying on his back on a hardwood floor, that left arm of his holding a camera out for an early-vintage selfie …

A decent studio-type shot, if one a bit lacking in game action or Phillies pinstripes.

But where the Maddox’s Topps finale stands out over his Fleer and Donruss swan songs is on the card back:

It’s that text at the bottom that really stands out:

Why did TOPPS (dude, stop screaming!) feel compelled to point out the speedster’s cardboard origin on this particular pasteboard?

It’s almost like they knew the end was coming, and soon. It’s a breadcrumb to future collectors, the ones like you and me, searching out here in the wilds for a Maddox career capper.

No need, because now we know:

“Garry won’t have a last TOPPS card, but he had a first one.”

Sometimes, that’s as close to cardboard closure as you can get. 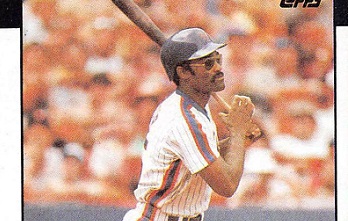 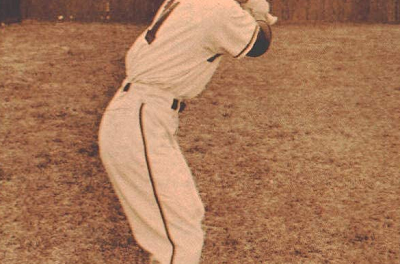 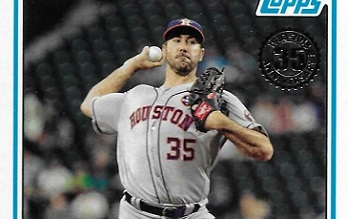 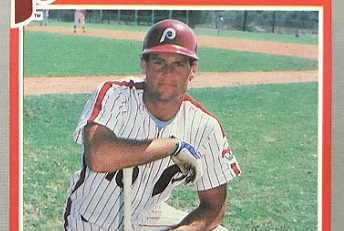 1985 Fleer Update Darren Daulton Sneaked Up on Us