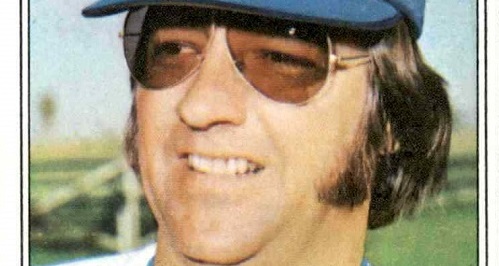 You know the story by now … 74 undigested peanut-butter-and-‘nanner sammiches in his gut … a drug store in his bedroom … embarrassing bathroom scene right there at the end.

But no matter how much “evidence” has been presented over the years, there are plenty of The King’s fans who never really believed he died on that fateful day.

Reports started surfacing not long after his purported death that he was still roaming this earth, and not as a ghost, but as a real, live everyman.

Folks ran into Elvis in greasy-spoon diners across the South.

He’d be spied shopping at a Piggly Wiggly or picking up toilet paper (amen!) at a Winn-Dixie.

Or, very often, he’d be barreling down some long, lonesome highway in this 18-wheeler.

No, Elvis didn’t die on that fateful porcelain-encased night at Graceland … he just pulled back from the limelight, took the money he’d made over 20 years as an American icon, and decided to just live for once!

And the funny thing was, these stories weren’t all just stories. Sure, you might discount your neighbor Carl’s insistence that he ran into The Pelvis in the alley behind the local watering hole late one night as nothing but drunken ramblings, but some of the the accounts were backed up by evidence.

That’s right — every once in awhile, the King-seer in question would have the wherewithal to pull out his or her Polarioid or Kodak flash and snap a picture of Elvis in his natural habitat of the moment. In case you’ve never seen one of those shots, they most often looked about like this: 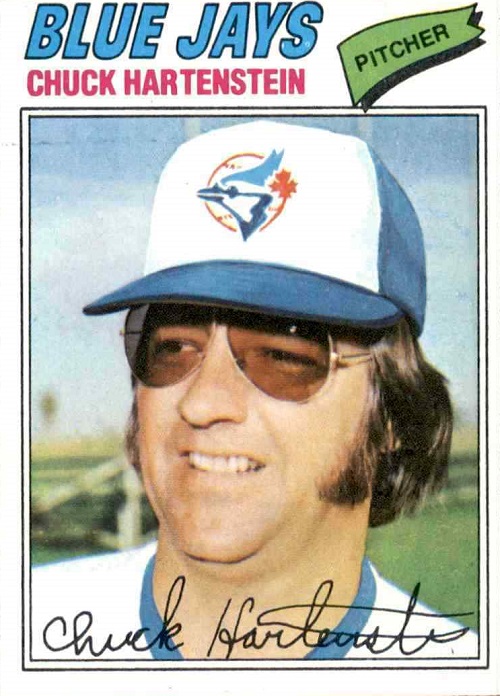 Now, I know what you’re thinking here … that’s just a picture of the 1977 Topps Chuck Hartenstein baseball card. And you’re right, officially speaking. But I’m telling you, this is what post-dead (and nearly-dead, for that matter) Elvis looked like through at least the late 1980s.

And consider a couple of pieces of supporting evidence …

First, here is what Hartenstein looked like on his most recent card before 1977, on his 1970s Topps issue: 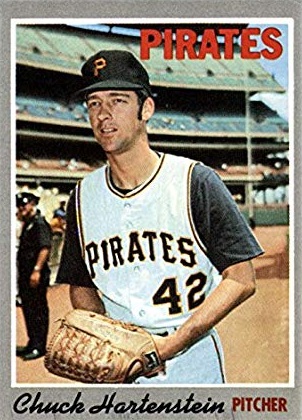 Do you really think that’s the same guy?

Second, 1970 was the last time Hartenstein played in the Major Leagues until he showed up with the expansion Blue Jays for the 1977 season. Sure, there were some minor league stops in there, but then weren’t those just the sort of places — minor league stadiums, ratty team buses — you might have found Living Dead Elvis in subsequent years.  Hmmm …

And, third, Hartenstein’s last game came on July 26, 1977 in Toronto, against the Texas Rangers. That was just a few weeks before Elvis supposedly winked out.

So, is it a coincidence that the two disappeared at almost exactly the same time, or is Hartenstein’s Canadian exit somehow tied to the mystery surrounding the death of Elvis Aron (misspelled “Aaron” on his grave!!) Presley.

Look, I’m not saying Elvis and Chuck Hartenstein were or are the same person.

I’m just saying that Elvis and Chuck Hartenstein were or are the same person, maybe.

And that there’s a chance it’s Elvis, not Hartenstein on Chuck’s 1977  Topps baseball card (and his 1977 O-Pee-Chee card, for that matter). 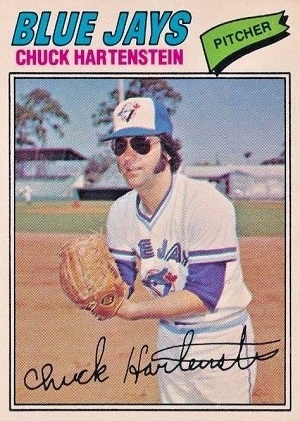 Who knows? Maybe it was just one last chance for Elvis to wink at his admiring fans before riding off into the sunset.

(This has been Day 45 of my 2019 Spring Training Baseball Card Challenge, wherein I examine a silly card. And, you have to admit, Elvis looked pretty darn silly on these “Chuck Hartenstein” baseball cards!) 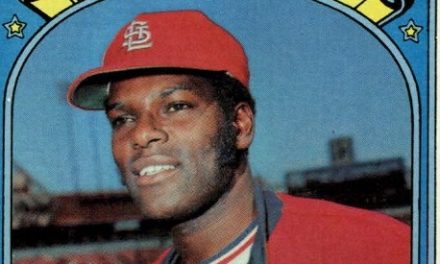 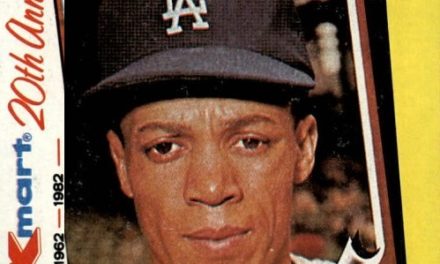 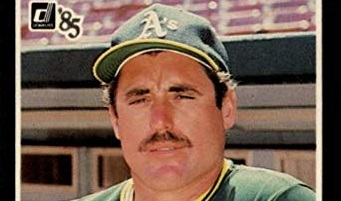