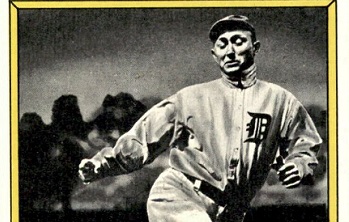 One of the things that keeps us coming back to baseball cards year after year is the surprise element.

You never really know who you’re going to pull in any given wax pack.

And you never really know what all is in a given set until you’ve seen all the cards at least a few times. Even then, they can surprise you when you come back to them months or years later.

I swear to the wax pack gods I never saw the 1983 Topps Brad Mills card until a couple years ago, for example. Maybe our collective consciousness winked it into existence as Mills rose to prominence in the MLB coaching ranks?

And if you come across a set years after it was issued, the opportunities for shock are only compounded.

After all, those cards are all new to you.

Such was the case for me with 1976 Topps baseball cards ‘round about 1983 as I ramped up my hobby love and activity.

Now, I had seen a few of the ‘76 cards and even paid a few bucks for a beat-to-heck Mike Schmidt. But then I came across a shoebox with a few hundred of the Bicentennial-year cards inside, also mostly beat to heck, at a flea market.

I managed to scrape together the money to make the buy and then dug into the cards while trying to avoid the on-the-floor gearshift as my dad drove our old Dodge pickup home — I always drew the “hump” in between mom and dad on the dusty bench seat.

This was definitely one of those “new to me” issues, and just about every card was like opening a new pack, even with the fuzzy corners and dented edges and gum-and-wax-stained surfaces.

And then, nestled in among the stacks of Ed Figueroas and Larry Bowas and Al Downings, something really shocking popped out at me — a black and white card!

And then another and another.

Were these some relics from the early days of baseball? Had I stumbled on a “find” of priceless vintage cards?

That was my first thought, of course, but then I noticed the bright colors of the “The Sport News ALL-TIME ALL-STARS” swag at the top of the cards and the red, white, and blue ribbon cutting diagonally across the bottom, behind a golden yellow circle.

And turning the cards over revealed a back design similar to the other 1976s — brown text against a green field.

But even if these were newer cards, the names in front of me were astounding — Lou Gehrig, Ted Williams, Babe Ruth, Walter Johnson.

Even as a diamond neophyte, I knew enough to know these dudes were legends.

Of all the All-Time All-Stars, though, the one that really jumped out at me was Ty Cobb.

Here was the meanest man to ever play the game, so the stories went, and here he was streaking across the front of my baseball card, feet floating above the field as his eyes cast away some unseen phantom.

And in the background? Your guess is as good as mine — a dark landscape, black and blobby figures that might be trees, might be grim reapers, might be umpires, dead or alive.

As far as I could tell, Tyrus Raymond Cobb was a full-on flying humanoid floating out of the baseball graveyard.

And it was shocking.

Another beautiful surprise in 1976 was the appearance of the SSPC “pure set.” Sure, it was unlicensed, but it was beautiful. Still is, as you can see in this current eBay offering:

It’s a complete run of 1976 SSPC cards (or 1975, if you prefer to go by the copyright date instead of the release date).

Check out the full glory of this listing right here (affiliate link). 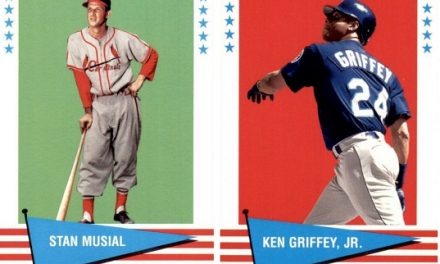 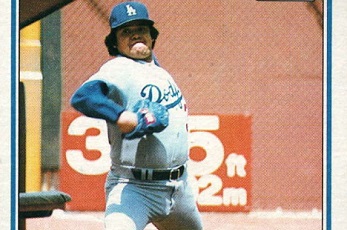 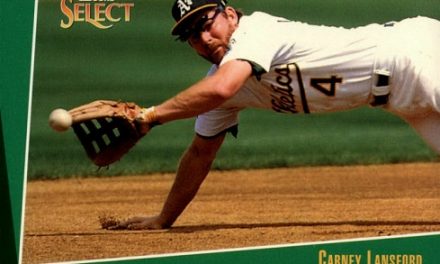 1993 Score Select Carney Lansford Made It All the Way Back 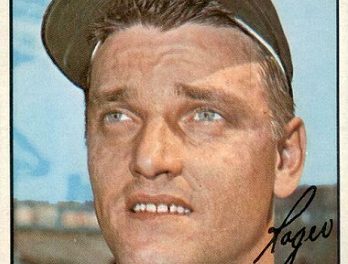