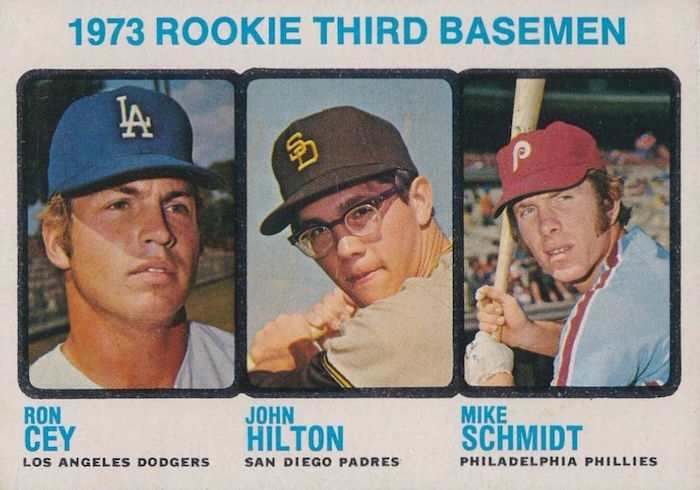 They probably didn’t realize it at the time, but collectors were holding a piece of history every timed they ripped open a pack of 1973 Topps baseball cards. See, 1973 was the last time Topps would issue their cards in series, rather than all at once. Technically, of course, they would return to the practice in the 1990s, but things were different. In the first go-round, including 1973, late series cards tended to be scarce because collectors had moved onto something else — like football and homework — by the time the cards came out. That effect was less pronounced in 1973 than in previous years, probably owing to the reduced set size of 660 cards after a few years of 700+. Still, in this list of the most valuable 1973 Topps baseball cards, you’ll notice a couple that hail from the fifth and final series. And who else makes the cut? Well, you’ll have to read on to find out … but first a quick word about the selection criteria. Basically, these are the top ten cards as listed by PSA 8 value in PSA’s Sports Market Report Price Guide. Cards in this grade (NM-MT) are really sharp looking, but not so scarce that you’ll never find them. Let’s dig in!

So, who is the greatest third baseman of all time? My guess is the answers to this question would be more uniform than those for just about any other position on the diamond. By just about every standard other than batting average and number of hits, Mike Schmidt is the guy. With three MVP awards, a case full of Gold Gloves, a World Series trophy, and 500+ home runs hit during the power-sapped 70s and 80s, Schmidt is also on the fringes of the best-player-ever conversation. No surprise, then, that his high-number rookie card, which he shares with John Hilton and Ron Cey (The Penguin!), sits at the top of this list. In PSA 8 condition, you can expect to pay in the neighborhood of $500.

As always, you can count on the base Nolan Ryan card to be near the top of the value mountain of whatever set it graces. After a one-year sentence in airbrush purgatory, Ryan shows up here in a real California Angels uniform, with bonus points for showing us how he aired out his pits before starts. This interesting card is a $150 item in PSA 8.

Has there ever been more talent crammed onto a 2.5″ x 3.5″ hunk of cardboard than this #1 card featuring Babe Ruth, Hank Aaron, and Willie Mays? The only real contender I can think of is that spectacular 1976 Topps Traded Oscar Gamble beauty. With all due respect to Oscar and his hair, though, this trio of gents lit up the early 1970s with their exploits — even though one was long dead and one was about to bow out of the game. Thanks to Aaron’s assault on Ruth’s all-time home run record, Topps loaded up their 1973-75 sets with dinger-related special cards, and this one brings about $90 in PSA 8 condition today.

In 1972, Willie Mays returned to New York to finish his career with the Mets. In 1973, Topps captured that Say Hey Gloaming in Amazin’ pinstripes. And that fall, Mays put up OK batting numbers in the NLCS and World Series, but looked downright feeble in the field. Nevertheless, this is his last Topps card and checks in at around $90 for PSA 8 copies.

Like Mays, Clemente made his Topps swan song in the 1973 Topps set. Unlike Mays, everyone knew this would be Clemente’s finale by the time it was issued, due to his untimely death that winter. Given the circumstances and the shadow-enshrouded shot, this is one of the most majestic and eerie baseball cards you’re likely to find anywhere. Expect to pay around $90 for a PSA 8 specimen.

Even though Hank Aaron was 39 years old heading into the 1973 season, he still had plenty of baseball left in him. And, with Babe Ruth’s record sitting just 41 home runs in front of him, he had plenty of motivation to keep banging. So he did, posting 40 long balls and setting himself up for a date with history early in the 1974 season. This 1973 card, which captures the Hammer waiting to catch a baseball, sells for around $75 in graded NM-MT condition.

Who is the most underrated player of the 1970s and 1980s? Bobby Grich? Darrell Evans? Lou Whitaker? All those and more have a strong claim, but they’ll have to fight for space in the indignity aisle with Dwight Evans. In a 20-year career with the Boston Red Sox and (breifly!) the Baltimore Orioles, Dewey retired in 1991 with 2446 hits, 385 home runs, 67.1 career WAR, and eight Gold Gloves. For his troubles, Evans elevated his rookie card — which he shares with Al Bumbry and Charlie Spikes — to $50 in PSA 8.

You know the story … Pete Rose is a scoundrel … he bet on baseball … he’s banished! Bah, to Pete Rose! But Pete Rose was also a great player, the all-time hit king, in fact. And he won the 1973 National League MVP award, which adds extra swagger to this Topps card from that year, a $55 item in PSA 8.

In 1973, Little Joe Morgan was busy cementing his hold on the Cincinnati Reds’ second base job and establishing himself as the engine of the Big Red Machine. Two and three years later (1975 &amp; 1976), Morgan would win consecutive National League MVP awards while Cincy rolled to two World Series titles. Not surprisingly, these mid-70s, mid-career cards showing Morgan with the Reds remain popular with collectors. This one brings $60+ in PSA 8 condition.

When you think of the big, hulking, scary closers who seemed to spring from the bullpen dirt during the 1970s and 1980s, who comes to mind first? For millions of fans from that era, no one really compares to Hall of Famer Goose Gossage when it comes to late-inning intimidation. Even though he was still “Rich” in 1973, this Gossage rookie card pulls in $50 in PSA 8 condition today. 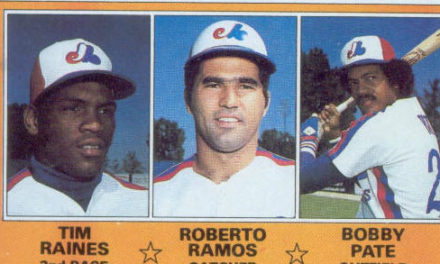 30 Tim Raines Baseball Cards Worthy of an All-Star … and the Hall of Fame! 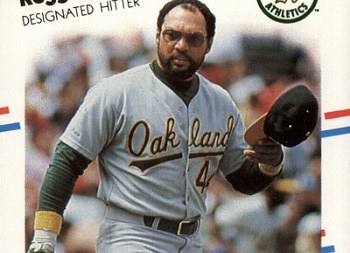 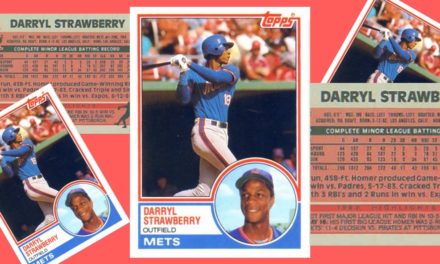